The National Health Service in the UK launched a new service this week called NHS 111, asking citizens to call the number 111, “if it is less urgent than 999”. It further goes on to say on the website: “Call 111 if: you need urgently need medical help or advice but its not a life-threatening situation”. The phone service has crashed several times and many have had to wait as long as two hours for the NHS to call back. Tragically, there are reports of three “unexpected deaths” in the last three days. One report blamed it on utter confusion.

Thinking clearly and communicating effectively remain the two biggest challenges for individuals and groups, be that in a Fortune 500 organization or in a public health service. How does a parent whose child is ill with a high temperature and delirium decide in the middle of the night if it is urgent, or “less than urgent? Or, how does a terrified 80 year old with sudden chest pains figure out whether it is an emergency or “less than urgent”? What is alarming is that this is not a local mom-and-pop shop sending out flyers to the neighbourhood; this is a national institution that must have spent tens of thousands of pounds in getting this initiative on the road. And the intention to do it must have been positive. Then why oh why did they get it so wrong?

The failure to empathize is one of the biggest reasons why organizations fail. Empathy is the ability to understand the world inhabited by those we serve. It literally means that we have to “stand-under” them if we are to understand them. Empathy is a complex psychological function that allows us to walk in someone else’s shoes and understand their world. But empathy is fragile and comes under pressure during stress or when self-importance takes over. Or when we lose sight of our original purpose. It is for this reason that empathy needs nurturing and care; it must be tended to with great attention. The banking industry is at its lowest ebb at the moment for the same reason. I have a very prominent global bank as a client, and this bank has been in the news for a couple years for all the wrong reasons. I find it incredulous that I have to remind its top management that the reason why this bank exists is because long ago, its founders wanted to create an institution that would hold people’s money “in trust”. They now talk of wanting to get close to the customer, and develop trust, but they have forgotten why they exist. Management meetings have become jargon-filled, consultant-led jamborees that take them farther away from the real problem they are trying to solve. Coming back to the National Health Service in the UK, I can bet my last dollar that NHS 111 was the result of the very same process. And so what we get is the jargon of “urgent but not life-threatening” that sounds clever but rings hollow. It would be more plausible if it were an advertising jingle for a potato chips company.

Those that we serve are the easiest to ignore. This is one paradox that leaders must keep close to their hearts.

On a lighter note, when I moved to the UK more than a decade ago, I was struck by some peculiar and confusing messages. One of them was on the gates to a large park in Cambridge, that said, “Gates shall close at dusk”. I was unnerved by the inherent ambiguity in the message and it became a conversation piece in my family on many occasions. How do we define dusk? Is it the same for all visitors? Is there a universal dusk time? While one could laughingly call it quaint and typically British, it wouldn’t feel that way if one drove into the park, and found that the gates had been locked on the way out, because the gatekeeper had a slightly different definition of dusk! The sign still exists and I am now trying to figure out whether there is a pattern here that connects the NHS message to this one. 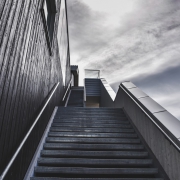 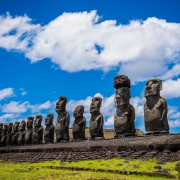 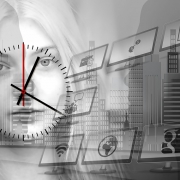 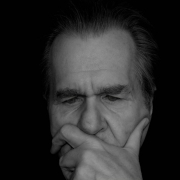